Review - The Last Séance: Tales of the Supernatural by Agatha Christie 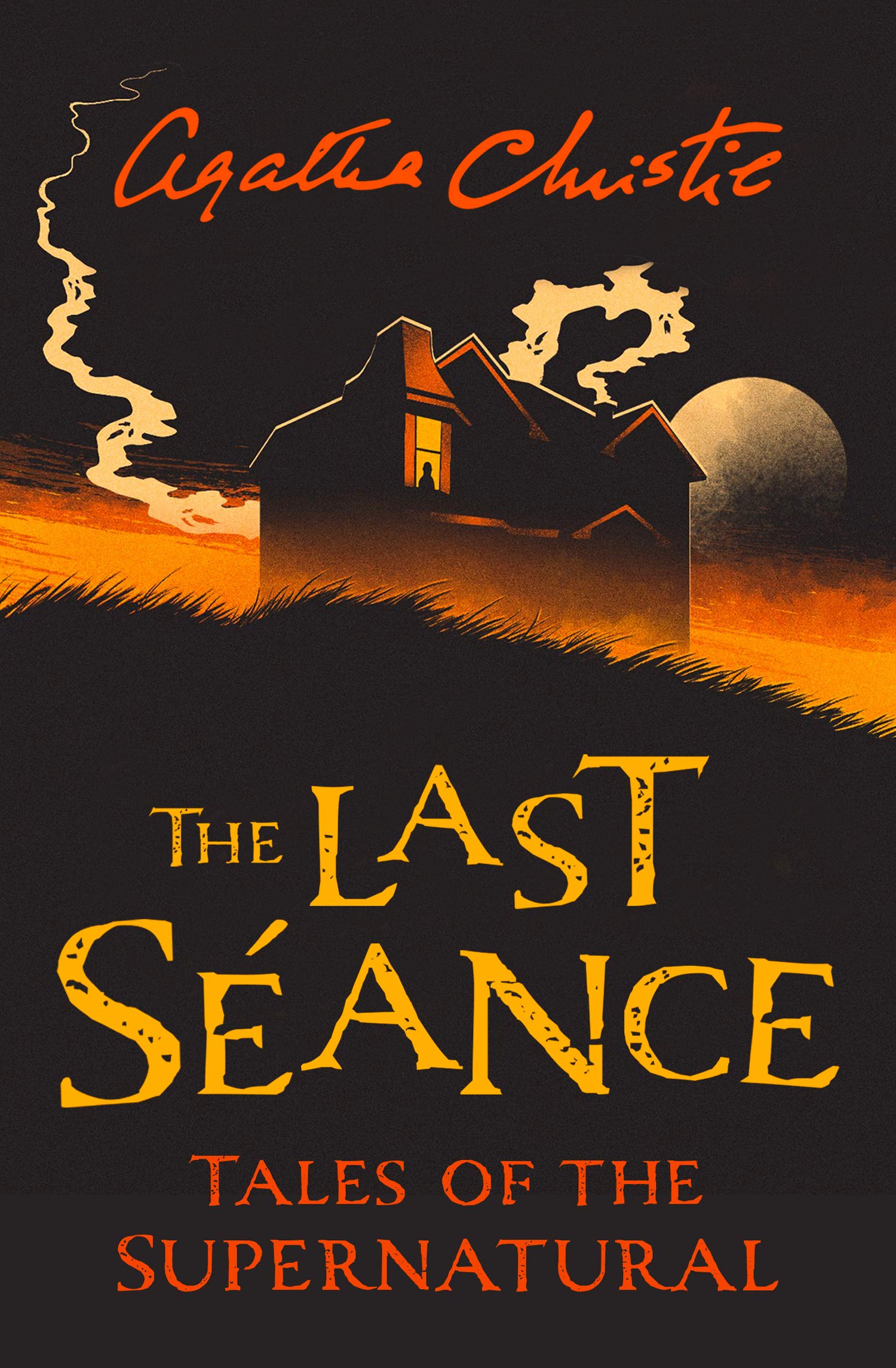 Title - The Last Séance: Tales of the Supernatural

Blurb - From the Queen of crime, the first time all of her spookiest and most macabre stories have been collected in one volume. ‘From behind the curtains there still sounded the terrible high long-drawn scream – such a scream as Raoul had never heard. It died away with a horrible kind of gurgle. Then there came the thud of a body falling…’ for lovers of the supernatural and the macabre comes this collection of ghostly and chilling tales from Agatha Christie. Acknowledged the world over as the undisputed queen of crime, in fact she dabbled in her early writing career with mysteries of a more unearthly kind – stories featuring fantastic psychic visions, spectres looming in the shadows, encounters with deities, eerie messages from the other side, even a man who switches bodies with a cat…
This haunting compendium gathers together all of Christian spookiest and most macabre short stories, some featuring her timeless detectives Hercule Poirot and Miss Marple. Finally together in one volume, it shines a light on the darker side of Agatha Christie, one that she herself relished, identifying ten of them as ‘My own favourite stories written soon after the mysterious affair at styles, some before that’. contains 20 stories.

Review - The Last Séance: Tales of the Supernatural by Agatha Christie is a collection of short stories. I was damn excited to read this book but when I picked I was disappointed. The first story itself is not that interesting you can predict what is going to happen in the very next moment.
I can only say that never judge a book by its cover as I did while choosing this book. This book has around 20 stories but only a few of them are good.
You will also see a few familiar faces, as Hercule Poirot and Miss Marple make appearances in a few of the stories if you have read Agatha Christie's previous books.
I liked only four stories present in this book which are -

The Dressmaker's Doll - Stories with dolls are always scary and this is one might be the scariest and most unique of them all.
The Flock of Geryon - Hercule Poirot aids an heiress in bringing down a dangerous religious sect.
The Blue Geranium - The wife of the Kenite the strange case of Sir Arthur Carmichael the call of wings the Red signal
Wireless - An elderly lady hears a message from her long-deceased husband through the newly-installed wireless.

You will also read about haunted houses, mysterious characters. If you want to read some of the stories written by Agatha Christie which have not published before you can pick this collection of short stories to read those.

Agatha Christie is the most widely published author of all time, outsold only by the Bible and Shakespeare. Her books have sold more than a billion copies in English and another billion in a hundred foreign languages. She died in 1976, after a prolific career spanning six decades.

By Rishikumar Thakur at November 26, 2019 No comments: 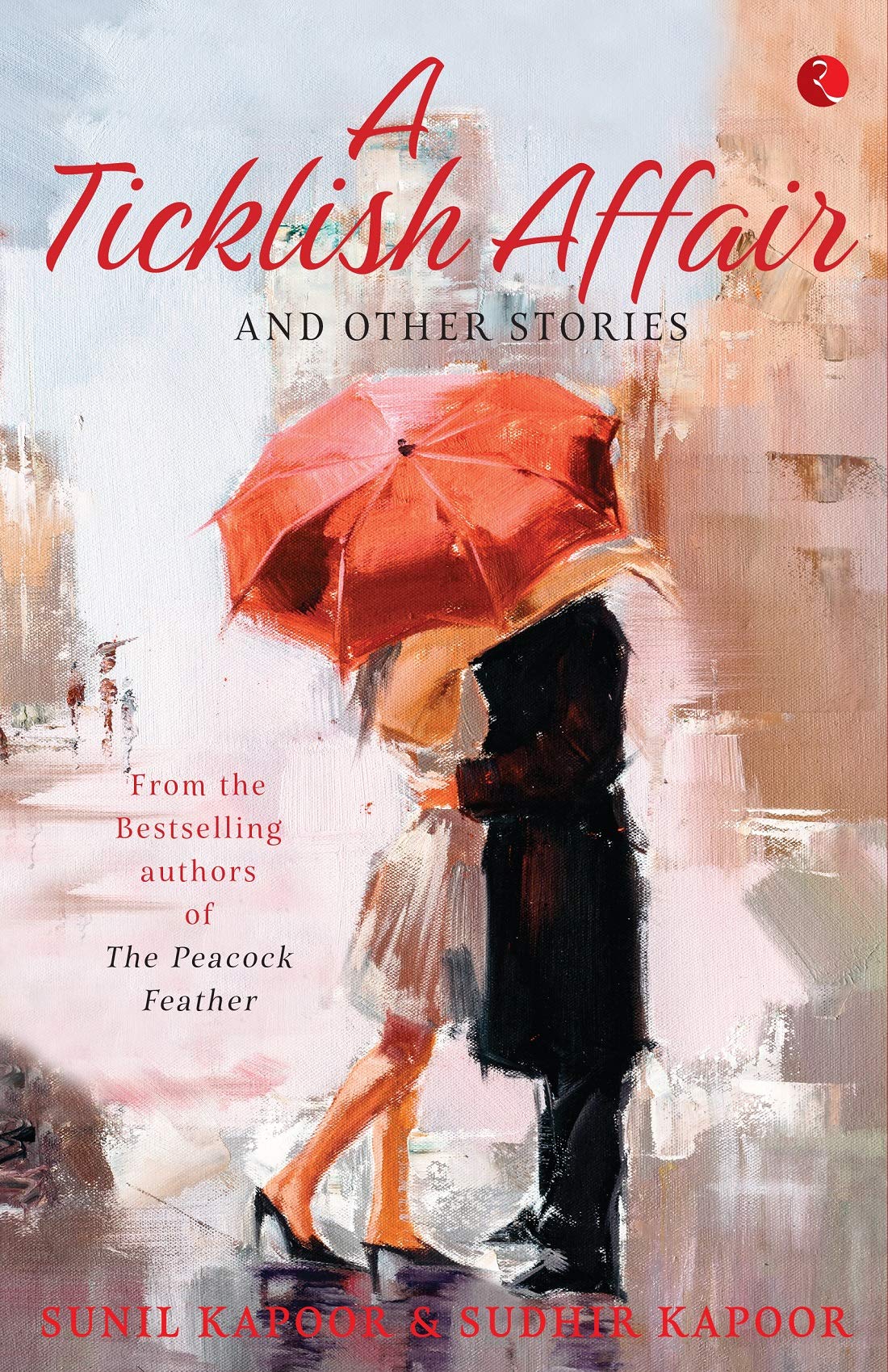 Title -  A Ticklish Affair and Other Stories

A man is blackmailed for a past he never had. An unrequited love story binds two lovers. A man waits for his lover, only to be killed at her hands. A girl takes back her life from her tormentor. From the bestselling authors of the peacock feather comes another delightful offering, ticklish affair. This collection of short stories has all the ingredients of an unputdownable book. Taken from the daily rigmarole of ordinary life, The stories are given extraordinary twists and turns, leading to fascinating climaxes. The dark undertone of ‘blackmail’, the power of belief in ‘Spark of the divine’, the forbidden romance in ‘ticklish affair’ or the eternal power of love in ‘rickshaw faridabadi’, this collection of stories is sure to move readers to tears of sadness and joy at the same time.

A Ticklish Affair and Other Stories by Sunil Kapoor & Sudhir Kapoor is a collection of 10 (Ten) Unique short stories, both the authors highlighted many important issues like Sexual Abuse, Smuggling, Corruption and many more in this book.
I am glad that I got a chance to read this beautiful collection. The illustration used in the cover looks just awesome.
I never read any books from these two authors before. Its a collection of 10 short stories and I personally like 3 stories which are - ‘A Ticklish Affair’,  ‘The Kikar Tree’ and ‘Blackmail’,  there are other 7 stories present in this book which are also good for reading.
Some stories are already made into a short movie, The language used by the author is simple, Every story has some special element, language used in this book is simple and
both the authors succeed in engaging the reader with their storytelling style, looking forward to reading many more from this duo in future.

Thank you, Rupa Publications for the copy.

Sunil Kapoor:
Sunil Kapoor, co-founder at Zenith Global, is a Delhi-based financial consultant and taxation advisor. He has almost four decades of experience in guiding national and multinational clients with their tax obligations, strategy consulting, real estate transactions and financial structuring. He has had the honour of serving the ex-president of India and various Bollywood actors. Sunil is also actively involved with many NGOs and has been awarded by Khushii (an NGO) and Lions Club of Delhi for his contributions. He has also been awarded for his contribution to the field of music by the President of India and performed at live shows in India and Singapore. His hobbies include rendering piano recitals and reading books, especially autobiographies.

Sudhir Kapoor:
Sudhir Kapoor is a chartered accountant and a renowned financial consultant with around 30 years of diversified experience. He is an expert in the field of business controls advisory, audit & assurance, and financial risk management. His clientele mainly consists of public and foreign companies. Sudhir is an FCA from the Institute of Chartered A ccountants of India and a commerce graduate from Shri Ram College of Commerce, Delhi University.

By Rishikumar Thakur at November 11, 2019 No comments: