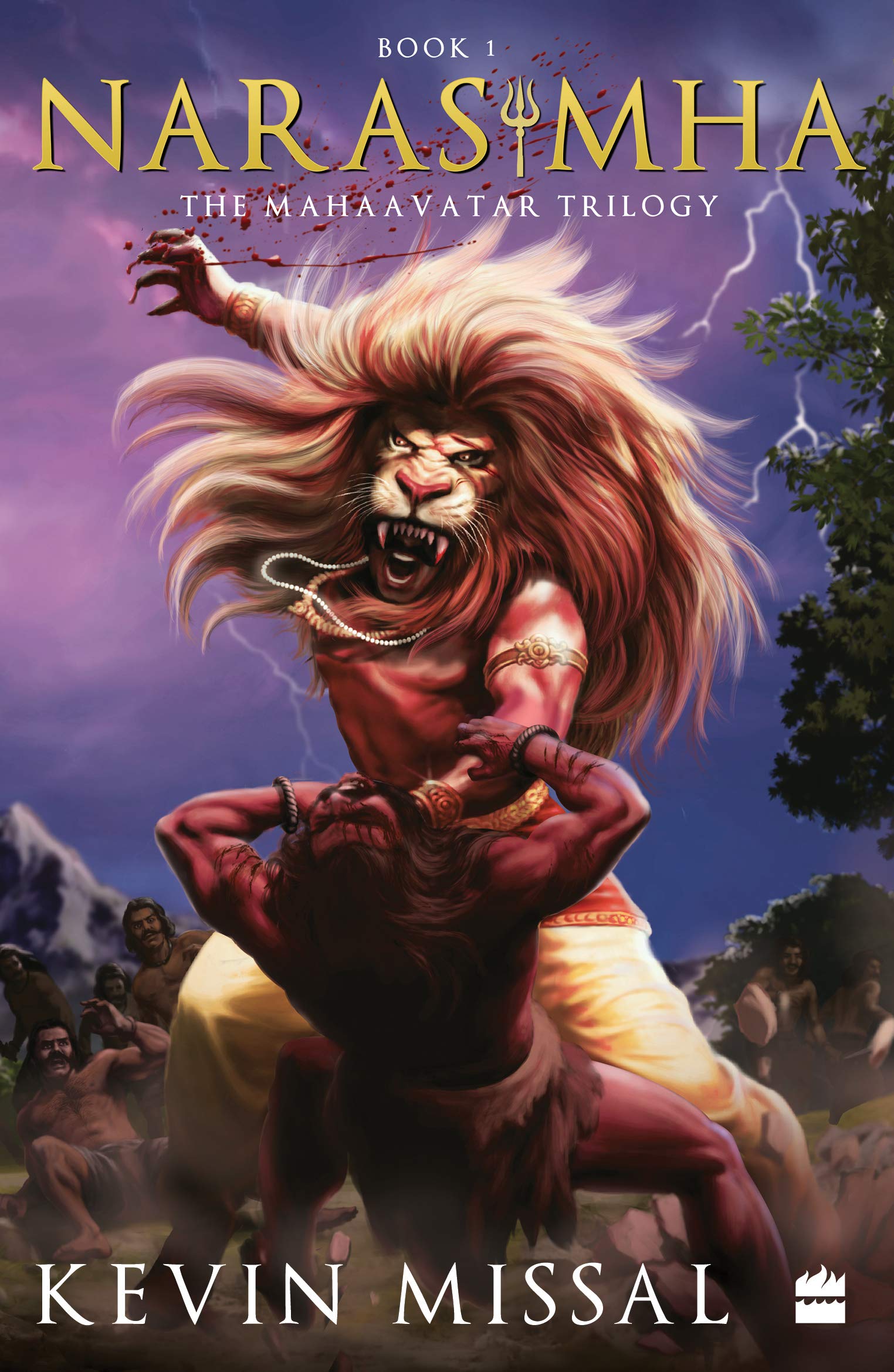 Blurb - Narasimha, once a brave soldier, has left the war and lies low as a physician in a village. But a familiar face from his past seeks his help to stop the tyranny of the blind usurper Andhaka. If Narasimha refuses, the world might just end. What will he do? And why did he leave the war in the first place? Prahlad, the interim king of Kashyapuri, is torn between the ideals of his unrighteous father and his love for Lord Vishnu. Whom will he choose? Hiranyakashyap, the ruler of the Asura Empire, wants to avenge the death of his wife. To do that, he must go through the Trials and get the ultimate weapon - the Brahmastra. But the Trials have sent so many others to their death. Can Hiranyakashyap survive? Welcome to the reimagining of the fourth Avatar of Lord Vishnu by bestselling author Kevin Missal. 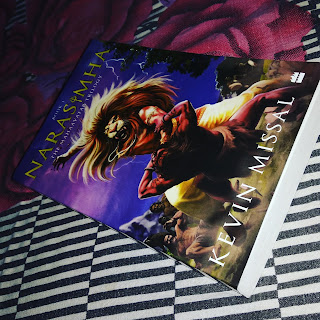 Review - The story is based on war and revenge.
The story starts with Hirnyakashyap's wife Kayadhu fighting with Indra army to save their kingdom from Indra and Nara Killed her
somehow she managed to save her kid Prahlad and by sending him with Narda to the safe zone after that Hirnyakashyap wanted to take revenge from Indra.
Indra attacked the Hirnyakashyap in the absence of Hirnyakashyap. as Hirnyakashyap had gone to scatter the ashes of his brother over the Holy river in pataal.
Narasimha moved out of the battlefield because he thought that took a life of innocent people was not good.
Narasimha, once a brave soldier, has left the war and lies low as a physician in a village. who decided not to involve in any war which leads to the death of innocent people.
Some circumstances and time force him to question his decision of leaving the battlefield and then decides to come back on the battlefield for the larger good he's asked to prove his worth by Indra is he really Lord Vishnu's avatar or not?
and the story continues.....
To know what happens next and to enjoy this amazing journey do grab your copy.

This is the first book by Kevin that I've read as I haven't read mythology fiction till now.
The cover of the book is also a point of attraction towards this book but, I picked this book to get a new experience and I'm happy that I got a chance to enjoy this book.
At some point plot is predictable but overall this book gave me good experience as my first mythological fiction.
The author has done great research before writing this book which is remarkable. The development of the characters is impressive.
This book left many questions unanswered hoping to find the answers to those question in Book 2 (eagerly waiting for Book 2)

Thank you, HarperCollins India for the review copy.

Kevin Missal wrote his first book at the age of 14, and at 22, the St Stephens graduate is best-selling author and a full-time writer. The first two books in his Kalki, Dharmayoddha Kalki: Avatar of Vishnu and its sequel Satyayoddha Kalki: Eye of Brahma, have both been runaway successes.